Virtual power plants (or ‘VPPs’ as they’re commonly known) have become a hot topic in Australia.

Earlier this year, Western Australian Energy Minister Bill Johnson announced Project Symphony, a 35 million dollar commitment to turn the sun-drenched state into a clean energy generation and distribution powerhouse1. Half trial, half showcase of their current work in the VPP field, the project is hoped to “lay the groundwork for a future where household energy devices help keep the power system stable, enabling more and more renewable energy on the grid”.

So what exactly is a VPP, and are they really the future of the energy industry in Australia?

What is a VPP?

For the uninitiated, virtual power plants can seem a difficult concept to come to grips with, but in many ways they’re the same as the traditional plants feeding our grid today. 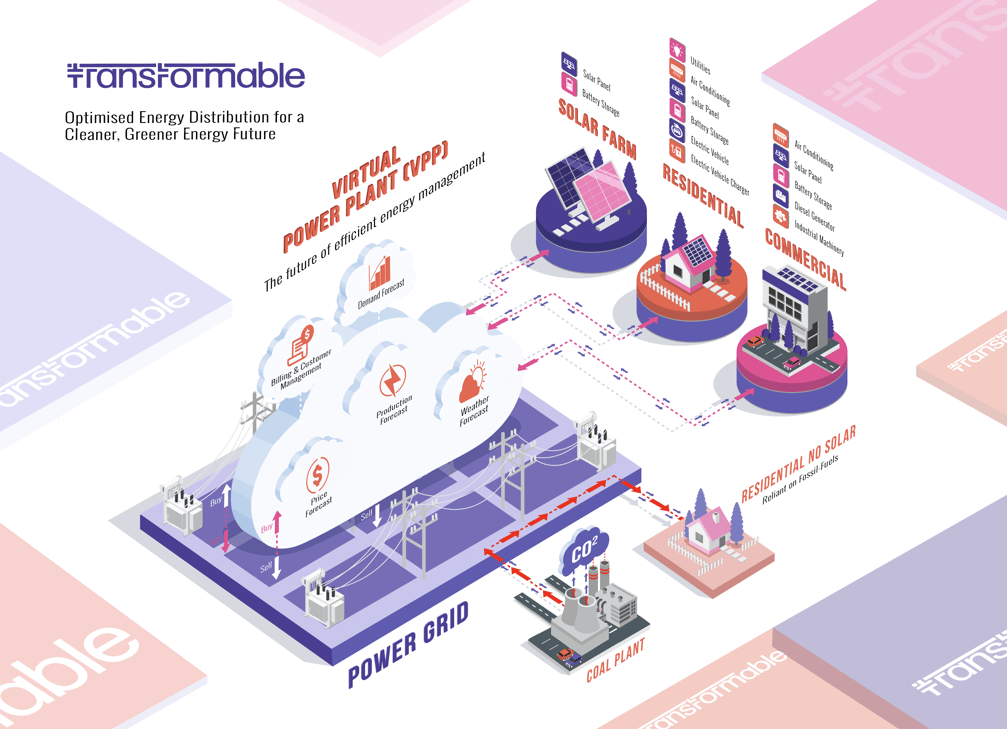 VPPs work by combining a number of independent energy generating technologies, including wind, solar, and even home appliances, into one cohesive, stable, community-scale system. If there is excess power being generated, for example by particular rooftop solar systems, it can be stored and redistributed when or where the demand lies2.

The result is an elegant balance between electricity supply and demand. VPPs are not just power to the people, but power by the people.

What are the advantages of VPPs?

The chief and perhaps most obvious benefit of these decentralised systems is their reliance on clean, environmentally friendly methods for producing energy. The odd mad scientist aside, most Australians would be hesitant at the thought of a nuclear or coal plant operating in their backyard, and so with its relative ease of install and maintenance, solar has very much drawn the VPP spotlight in the sunburnt country.

It’s certainly an enticing concept for participants. The $60.6 million expansion of South Australia’s Tesla VPP scheme, for instance, offers residents a 5kW rooftop solar and 13.3kWh Tesla Powerwall 2 battery system at no cost. Responsibility for managing the system falls upon the electricity companies, and households are in return charged an electricity tariff 22% lower than the Default Market Offer. It’s not hard to envisage public and private homes alike clamouring to join the program3.

Even those with their own existing battery systems would be wise to consider this new wave of power sharing. Aside from Amber Electric, there are no companies that allow customers to sell locally generated power at wholesale rates, and AGL and Origin Energy have pledged a suite of discounts and other financial incentives for those willing to contribute to such a network4,5. Of course, all of this comes with the warm and fuzzy feeling of helping both your environment and community.

For many, the move towards VPPs is not one driven purely by money or morality, but by necessity. After the closure of South Australia’s Northern Power Station in 2016 the state has been left with an unenviable legacy of network instability. It’s hoped that their headfirst dive into the burgeoning technology will help fill the void of reliability left in the former coal station’s absence6.

The systems have also been identified as a possible pathway towards relief for Covid-ravaged households, industries, and economies. As part of the Western Australian State Government’s Recovery Plan, 10 schools will be transformed into smart virtual power plants through the install of commercial batteries and solar panels7. The work involved in this process, as well as the lessened strain on the existing power grid, will surely not go astray in the continuing pandemic. 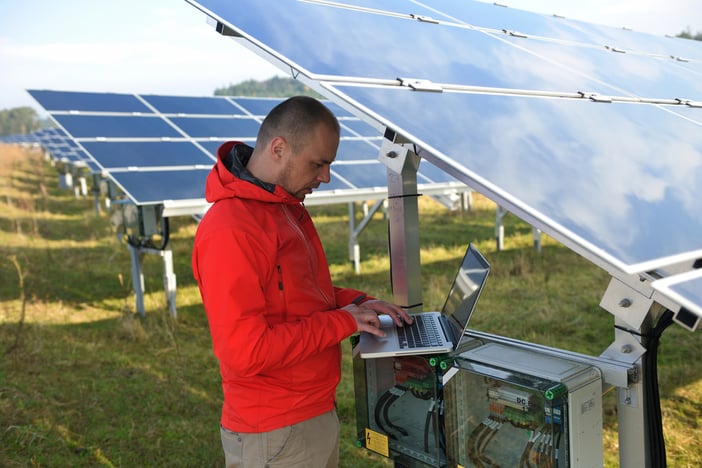 As with any emerging technology, challenges in implementing VPP systems are inevitable.

While fostering cooperation amongst the public, government agencies, and NGOs like Tesla is indeed an important hurdle to overcome, perhaps the most significant foil to the more widespread uptake of VPPs lies in the current lack of digital infrastructure with which to support them.

A Western Australian Government spokesperson articulated this concern when discussing their aforementioned plan to integrate a new VPP solar network into their grid.

“There are currently no turnkey solutions available, and significant work is required in the design of software and communications platforms for Synergy, as the aggregator, Western Power as the distribution system operator, and the Australian Energy Market Operator,” she said8.

Faced with this glaring software deficiency, around half of the program’s $35 million budget must now be allocated towards IT. It’s an issue common to the energy retail and distribution industries, which often face financial burden due to the use of outdated software platforms, an inability to adapt to evolving markets and government agencies, and inefficient use of current software.

With Australia tipped to become home to the world’s largest virtual power plant this year9, it’s safe to say this new method of collecting and distributing energy is here to stay. While the technology does boast a number of exciting advantages over the more traditional plants, it’s important that market actors are digitally prepared to facilitate it.

Energy businesses must make better use of cloud-based technology platforms if they hope to adapt to the heightened complexities of this increasingly decentralised, multi-directional power grid.

As energy industry experts, Transformable helps turn your VPP dream into a cohesive plan. We make the process of technology modernisation as smooth and pain free as possible by working with energy retailers and distributors to update, integrate, and migrate the CRMs, billing systems and automations needed to become scalable.

We look forward to helping you take advantage of the latest technologies to become Transformable.